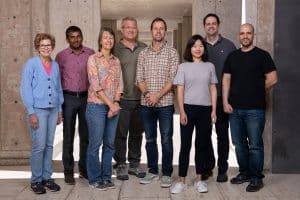 LA JOLLA—Aging involves complicated plot twists and a large cast of characters: inflammation, stress, metabolism changes, and many others. Now, a team of Salk Institute and UC San Diego scientists reveal another factor implicated in the aging process—a class of lipids called SGDGs (3-sulfogalactosyl diacylglycerols) that decline in the brain with age and may have anti-inflammatory effects.