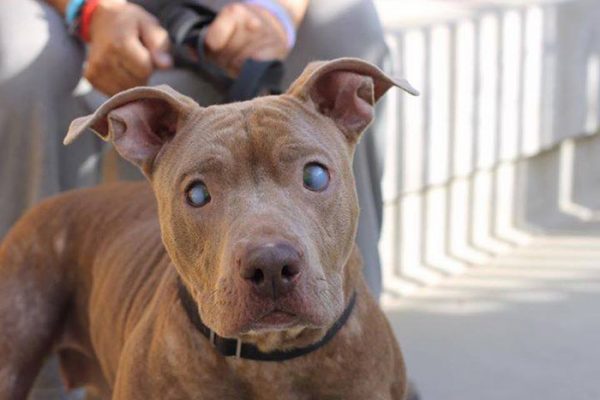 Abandoning pets is never cool, but abandoning a blind dog who’s sick and scared out of her wits is an especially inconceivable act. Unfortunately, that’s what happened to Poly, this loveable blind pitbull who was rescued from a public park in Santa Barbara, California.

And her crowd funding campaign’s goal of $3,000 has been blown away … $15,000 as I write this. The worst brings out the best. (Having had a mostly-blind-from-birth dog myself for several years I can attest to their amazing adaptability. Poly’s got every chance to have a long and happy life.)